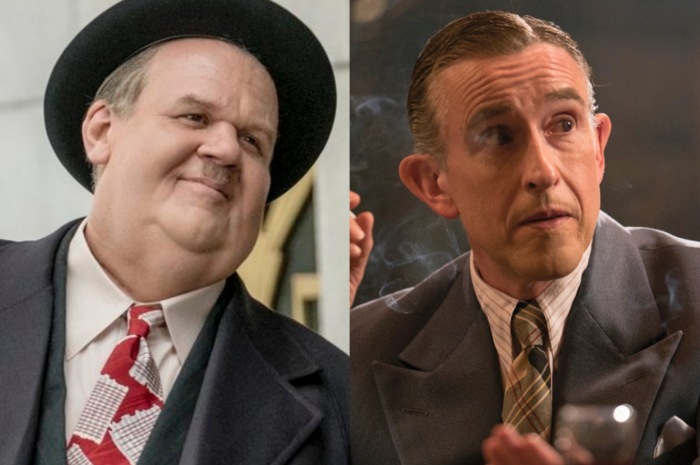 Some biopics can spend three hours talking about a person, or people, and never seem to get to the heart of the matter.  No matter how deeply they delve, there is always something just intrinsically missing. Other films, even with a far shorter run time, manage to do a tremendous job getting to the core of the issue. “Stan & Ollie” most definitely fits into the latter category.  Directed by Jon S. Baird, and examining the lives of Stan Laurel and Oliver Hardy, the movie is a 97 minute tour-de-force and sure to make audiences stand up and cheer for both the movie and the actual people.

Rather than going the birth-to-death route, “Stan & Ollie” shows the two men at the height of their fame in Hollywood before quickly jumping to a moment, years later, when they reunite and try to recapture that glory.  In offering the story in this manner, Baird is able explain how the two came together, the heights they hit, just what brought it all to an end, and the ins-and-outs of their friendship as well.  Some of these moments might fall into more of a “telling” rather than “showing” category, but rules are made to be broken and by not giving us an involved blow-by-blow, Baird keeps the movie nimble.

Of course, much of the credit here must go to Steve Coogan, who portrays Stan Laurel, and John C. Reilly, who portrays Oliver Hardy.  Both men are able to switch brilliantly from the stage personas of the comedians to their far different inner lives.  Coogan gives us a relatively erudite Laurel, a smart, dedicated man who struggles to perfect every line that either he or his partner will utter.  Reilly’s Hardy is more unsure of himself and who he is; a man unwilling, or unable, to rock the boat even what it needs a good rocking.

The main portion of the movie, as noted, is them reuniting after a years-long separation, a fallout from a contract dispute with Hal Roach (Danny Huston).  This reunion, a tour of England, they hope, will lead to a new movie and a resurgence of their careers.  It is not, however, a tour not without issues.  From small venues to a meet up with their wives, Ida Laurel (Nina Arianda) and Lucille Hardy (Shirley Henderson), who have little desire to play nice and their own thoughts on their husbands, struggles abound.

“Stan & Ollie” is, in its most basic sense, a portrait of two very human people who are presented as such.  Reilly and Coogan make these two larger-than-life entertainers into fully three-dimensional individuals.  Every moment in the film feels meticulously crafted and cared for, much in the way they Laurel crafted and cared for their stage personas.

Baird takes the audience from the small start of the tour through some of its more grand moments, and its stumbling blocks as well.  All the time though, rather than putting incident first, he gives us the two men. We see them grow ever more close and still completely understand how their fall out took place.

Whatever is taking place on screen, “Stan & Ollie” always feels small.  It feels close up to the men and their issues. They may have stage personas which differ from their actual personalities, but the audience always feels right up next to the men themselves.  We are able to see the true individuals even as they wear their personas.

“Stan & Ollie” is a small film, but not in the pejorative sense.  It is a film which cradles the audience next to these men who care desperately for each other even if they don’t always do their best for one another.  And, because the audience is so near to the characters, it is able to eschew any unnecessary grandiosity.  It is small because we are close to Stan Laurel and Oliver Hardy, just as we should be, just as they are too each other.

It is a beautiful, touching, sentimental film with two outstanding lead performances.  It is an inside look at show business and two of the funniest comedians to grace the stage.