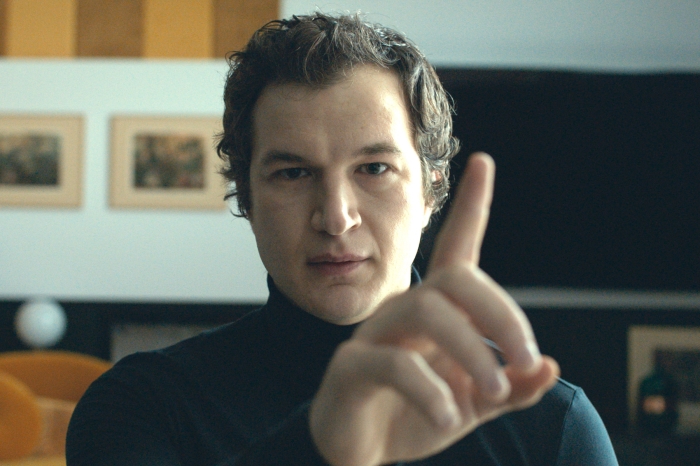 Co-directed by Michał Englert and written by the Szumowska and Englert together (Englert also serves as cinematographer), this movie follows a Ukrainian man, Zhenia (Alec Utgoff), upon his arrival in Poland as he seeks to live there and start working as a masseur. He finds himself with a series of clients in a rather posh looking, still under construction, neighborhood and “Never Gonna Snow Again” spends a whole lot of time exploring the lives of these people as Zhenia travels from home to home.

It is a touching, contemplative sort of movie. One that looks at not just Zhenia’s life away from home, but also what takes place behind the closed doors of this one suburb. We meet the mother who drinks too much, and the woman who has lots of bulldogs, and the man who is dying of cancer no matter what he says is really taking place. For his part, Zhenia observes and massages and we’re left wondering exactly what is going on behind his eyes.

This last comes to the fore on the regular, not just because Zhenia is the main character, the thread that ties all the lives together, but because he may or may not have some sort of magical abilities/superpowers. He can seemingly hypnotize clients, he can make lights turn off, he can… do things. Or can he? Perhaps his being young and living in Chernobyl when the disaster took place gave him preternatural abilities. Perhaps it didn’t. Maybe he’s imagining some of it, maybe his clients are imagining some of it, and maybe he’s just really good at his job.

I would argue that the truth lies somewhere in between, but I also have to wonder if that’s really the point of the story. Is the question what Zhenia can or can’t do, or is the question what effects he has on this world, or is it a question of how we all choose to live our lives. Clearly it is a rumination on life in a corner of Poland, but it is more universal than that.

Perhaps the greatest strength of “Never Gonna Snow Again” is the movie’s own nearly hypnotic nature. Szumowska allows scenes to play out, not rushing anything, not jumping around. We are drawn in and lulled into a kind of comfort, one that noticeably (and notably) reflects the state Zhenia is able to induce in his clients. We never quite come out of it in the same way that happens for those clients when Zhenia snaps his fingers, but that seems to be for the good.

I walk away from the movie not being quite sure of its lessons or its truths. “Never Gonna Snow Again” asks us, just like Zhenia asks his clients post-massage, to arise from it slowly as we might find ourselves slightly off-balance. Maybe I just need a few glasses of water and to take it easy for the rest of the day in order to find my equilibrium once more.

No matter where the truth lies about the movie, its message(s) or its effect on the audience, there is no dying that it is beautiful to look at it (no matter how many muted colors it offers), and that it draws in the viewer, establishing a bond between us and this mysterious man. Certainly it makes one both want a massage and think twice before allowing someone into our home to provide it – not because of who they are, but because of what it will reveal about us.