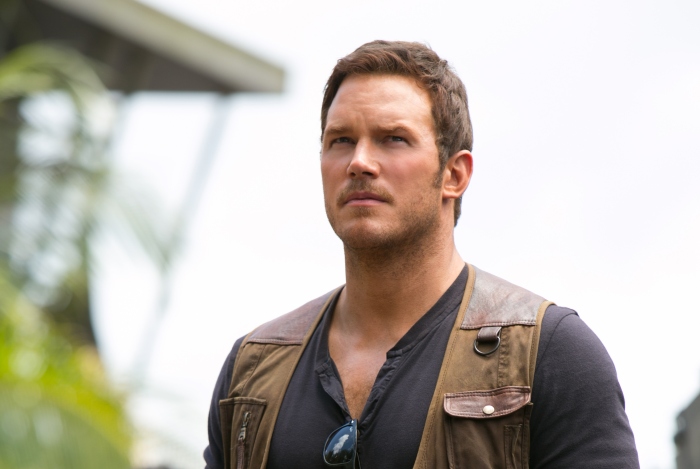 The original “Jurassic Park” features a series of discussions weighing the benefits and problems of having created dinosaurs in our present world.  It clearly comes down against the scientific act, but it at least goes in for a discussion of it.  At some point however, and certainly by the fourth film in the franchise, “Jurassic World,” any sort of nuanced talk was abandoned.  Now, with “Jurassic World:  Fallen Kingdom,” the main characters seem to have taken unabashedly “pro” points of view despite the complete carnage that the dinosaurs wreak.  Their reasons for taking this stance, however, are at best muddled.

They are in fact so pro that at the outset of the film, Claire (Bryce Dallas Howard) is running a group whose goal is to save the dinosaurs from a volcano on Isla Nublar (the site of the park).  Yes, she is actively arguing for keeping dinosaurs in the world.  Later she may make some brief statement indicating that she’s backtracking a little, but before the movie ends, she seems on board with living in a dino-populated world.

It defies logic.  The film’s best/only effort at making any sense is to bookend “Fallen Kingdom” with a discussion by Ian Malcolm (Jeff Goldblum), where he makes it clear to a congressional committee that dinosaurs are dangerous.  How Claire or Owen (Chris Pratt) don’t realize that, and/or don’t realize that bringing dinosaurs off the island is a bad idea, is not addressed in any sort of significant fashion.

To take a step back though, the entire discussion is kind of moot because before we even see Claire or Owen in this movie, a dinosaur escapes its captivity on Isla Nublar. The film doesn’t concern itself with this fact either, the story proceeds largely without discussing it, but it does occur.

Truthfully, J.A. Bayona’s film, which is from a script by Colin Trevorrow & Derek Connolly (both men also worked on the script for the last film, which Trevorrow directed), can be a truly enjoyable thriller.  There are some good jumps and a couple of fun fight sequences.   That said, there are too many times when the audience is meant to be fooled into not realizing that help from an obvious source is on the way (and often just off screen).

Even so, all that stuff is good enough for the movie to get by.  There is a particularly great shot with the turning upside down as a dinosaur leans over a roof.

Beyond that, it is a movie which looks nearly great.  Some moments do appear CG that ought not, but they are few and far between.

No, the main issue with “Fallen Kingdom” is that everything that takes place in the film defies logic, whether it’s this affinity for dinosaurs in the world at large or writing in a character stating he started the whole dino-resurrection thing with Hammond for the purposes of… well, for the purposes of allowing the ending that takes place and absolutely nothing else.  It is all nonsensical.

The villain’s plot (and the villain himself is supposed to be a surprise that I will not be giving away) revolves around auctioning off dinosaurs so that he can get money (even though he seems to have tons of cash at his disposal) so that he can make dinosaurs (perhaps so he can make money?) even though he seems to already have everything he needs to make dinosaurs.  The entire movie, again, feels like a poor excuse to allow it to get to the ending that it desperately wants.

Daniella Pineda is enjoyable as dino doc Zia Rodriguez, as is Justice Smith as tech geek Franklin Webb, but I’m sure we’ve already seen several takes in this franchise on Ted Levine’s dino hunter Ken Wheatley.  This isn’t a knock against Levine’s work, but Wheatley is written as the absolute most generic dino hunter one can imagine, complete with a terrible desire to get “trophies” from his prey.

James Cromwell as Benjamin Lockwood, the aforementioned former partner of John Hammond, has absolutely nothing to do but look sad while Rafe Spall as the head of Lockwood’s foundation is appropriately smarmy.  Isabella Sermon serves as the film’s requisite child, the one who runs around screaming and is scared of dinosaurs, but no amount of silly backstory for her makes the film work any better.  In fact, it’s one the issues with “Fallen Kingdom.”  As with Levine (and Cromwell), the fault here is not Sermon, but the script.  I won’t even hazard a guess as to why Toby Jones is here.

Amongst its other issues, the film also has difficulties with its treatment of the Owen-Claire relationship.  In “Jurassic World” we learn that they had dated prior to the events of that film and over the course of running from dinosaurs in that movie they end up together again.  Now, at the outset of the new film, they’ve broken up between movies just so that we can watch them get together once more.  It’s not just a well-worn plot for this film, but it’s one they actually used in the last one.

From start to finish, “Jurassic World: Fallen Kingdom” feels like a missed opportunity. It is a film where the ending feels predetermined and which never stops to think about how to logically approach that very ending.  There are action moments that work, but it isn’t enough to justify the movie as a whole. Perhaps they will get it right with the inevitable follow-up.