Movie Review: “Be Natural:  The Untold Story of Alice Guy-Blaché” 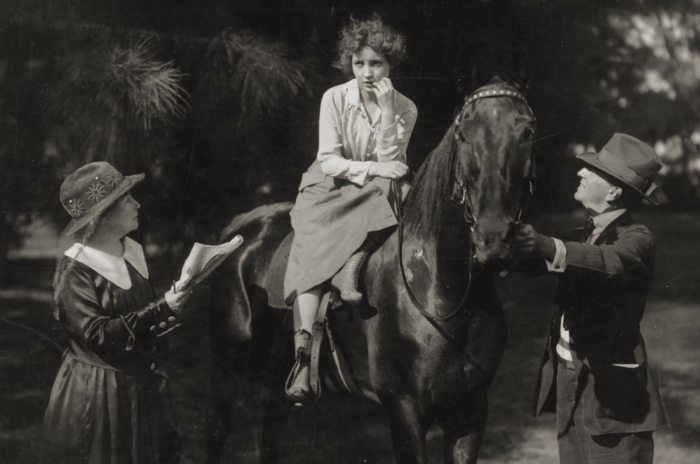 Documentaries prompt questions, it is simply in their nature.

For instance, there is often the easy and obvious question:  why is the filmmaker telling me this; what is their goal? But, the questions don’t stop there at the easy and the obvious – just as important as what is included in the documentary is the question of what is excluded, and why it is excluded.  Then there are huge questions of process – how, exactly, did the filmmaker go about obtaining and organizing their facts to present them to the audience.   On and on these questions can go.  Sometimes they are maddening in and of themselves, and sometimes the answers are what drives one around the bend.

The new documentary, “Be Natural:  The Untold Story of Alice Guy-Blaché” offers a look behind the curtain of making the film itself and even if it doesn’t provide every answer one might want, it remains an incredible viewing experience.

Directed by Pamela B. Green, this documentary looks at the first female film director, Alice Guy-Blaché.  It traces her career, which began in France and continued in the United States, her personal life, and where she fits into the world of filmmaking.

Green, however, is not content with stopping there and it is in expanding its scope beyond the history that the documentary excels.  “Be Natural” also offers up a look at how Green went about tracking down the lost history of Guy-Blaché and how the disappeared legend was excised from the oft-repeated origins of the motion picture industry.

The tale of Guy-Blaché’s work is, undeniably, interesting, and will make any lover of history in general, or movie history in particular, perk up their ears.  That said, and while it may be important to know, the telling of her story is fairly typical in its documentary feel.  When “Be Natural” moves on to telling, and sometimes animating, portions of Green and company reconstructing the history, that is when it is all astounding.  While all documentarians must trace out their story and their construction of it, Green offers her tracing for the world to see, she stands up and says something akin to, “and this is how I learned these things.  This is where I was sent to restore and digitize footage and this is where those people sent me and then those people sent me…”

These moments in the movie are the ones that provide the true insight.  They are the ones that offer up the footwork that goes into making a piece such as this one — the interminable research that has to be done, the dead ends that are found, and the new avenues one never imagined would exist.

It is here where things get, potentially, even more interesting.  The documentary “Be Natural” is based not just Green’s research but also a book, “Alice Guy Blaché:  Lost Visionary of the Cinema,” by author Alison McMahan which Bloomsbury published more than a decade ago.  So, if the best parts of this movie are about Green rediscovering Guy-Blaché’s history and trying to sort fact from fiction (e.g., there are several works which Green attributes to Guy-Blaché that through the years have been attributed to others), did Green actually find many of the answers initially in McMahan’s book?  What about the other books (including Guy-Blaché’s memoirs) that have been written about the pioneering filmmaker, what answers existed in those?  What of the research is new and what was already there ready to be had?

Documentaries prompt questions and”Be Natural:  The Untold Story of Alice Guy-Blaché” is no exception to the rule.

It may be time to read more about Guy-Blaché, and if “Be Natural” makes people do that, it truly is a success.

“Be Natural” is currently in theaters, will be released digitally on July 23rd, and on Blu-ray and DVD on August 20th.

‹ The Process Podcast
Movie Review: “The art of Self-Defense” ›