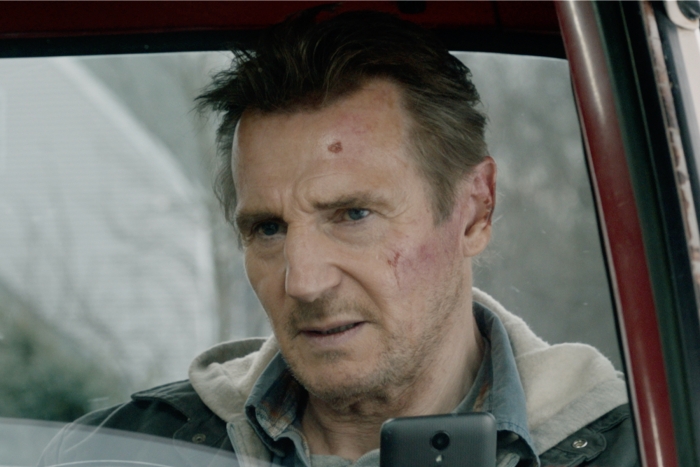 The Liam Neeson action thriller is its own genre. Twenty years ago one may not have thought his career would head in such a direction, but here we are – when someone tells you that they’re going to see the new Liam Neeson movie, you know the exact style of the film that they’re talking about.

The actor’s latest, “Honest Thief,” does absolutely nothing to break the mold. Written and directed by Mark Williams, here Neeson plays a bank robber who has decided to go straight after falling in love Annie (Kate Walsh). He is a man with a particular set of skills, ones he picked up before bank robbing, and which have helped him not only in that endeavor but his current predicament as well.

You see, the FBI, accidentally, sends some dirty agents after Neeson’s Tom Carter after Carter tries to turn himself in. These agents, John Nivens (Jai Courtney) and Ramon Hall (Anthony Ramos), wind up stealing a bunch of the money Carter stole first, putting our anti-hero into an awkward position. Naturally, the good guys at the FBI, as represented by Robert Patrick’s Agent Baker and Jeffrey Donovan’s Agent Meyers, have to work out exactly what’s going on.

No matter where they exist on a moral scale, every character who appears in the film is depicted as someone truly bland. The people we are supposed to care about, the ones with whom we are supposed to sympathize, like Meyers, are given just a hair more backstory than anyone else. So, Meyers has a dog he got from his ex-wife that he doesn’t want; Hall has a wife and two young kids; Annie was divorced once already and has slowly been trying to get herself back on her feet! These aren’t, generally speaking, enough to make them three dimensional human beings, they are instead just enough to differentiate these folks from anyone else; little hints to guide your sympathies.

While that aspect doesn’t work, “Honest Thief” is successful at delivering exactly what you expect from a Liam Neeson movie at this point in time. You will watch him struggle and get bloodied. You will see how he manages to put himself back together and strike out one last time at those who would do him, and those whom he cares for, harm. Yes, you will see him fight for loved ones even if it means making his own life worse.

The movie fails, however, in its inability to offer anything beyond the expected. If “Liam Neeson action thriller” is a genre and there is a generic outline for movies within that genre, “Honest Thief” follows that outline to the letter. There are moments which don’t make much sense in the film, like a chase between Meyers and Carter, but getting worked up over the specifics of any one issue is fruitless. The chase exists because the outline says it must.

Perhaps the most interesting thing this movie has going for it are the logical knots in which it has to tie itself in its attempt to justify Carter’s actions. This is a man which the film desperately wants us to see as the good guy, never mind the fact that he’s robbed multiple banks to the tune of nine million dollars in total. Williams does everything he can to provide us with good reasons for Carter’s thefts and to show us how he isn’t a bad guy, just misunderstood. And every time the story adds another reason why we shouldn’t judge Carter for his thieving, the banality of the whole endeavor just grows. Instead of someone meaty to sink your teeth into, Carter becomes more and more bland as the story progresses.

In the end the question you have to ask yourself before watching “Honest Thief” is, “Do I want to watch a Liam Neeson action thriller I haven’t seen before even though I know all the twists and turns going in?” If the answer is “yes” and you’ve seen all the others, sure, go ahead and check it out. This isn’t the best entry into the genre, but it’s not the worst. Instead, it’s the exact movie you’re picturing in your mind.

That said, the car chases probably work better in your head.