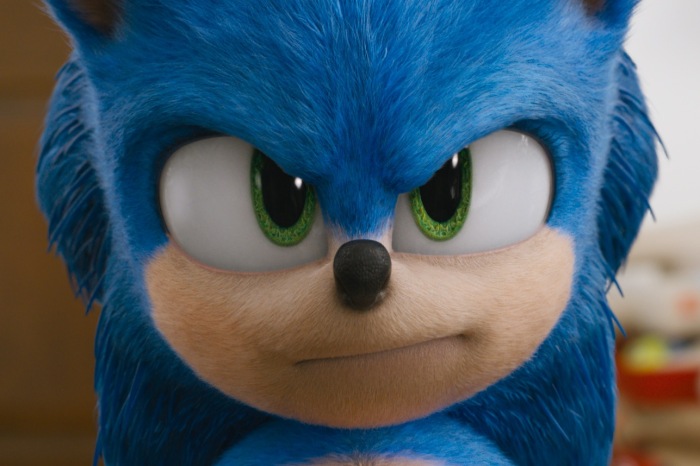 Based on the video game franchise, the new “Sonic the Hedgehog” film manages a truly amazing critical feat – as a whole it hits an absolutely neutral state. That is, the movie has good parts (Ben Schwartz as the voice of Sonic) and bad parts (a complete and utter lack of logic to an absolutely stunning degree) and these elements, taken in their entirety, combine to create a movie that, simply put, just is.

Yes, directed by Jeff Fowler with a script from Patrick Casey & Josh Miller, “Sonic the Hedgehog” exists. That’s it, that’s the critique.

It is possible to be absolutely furious with this film that takes this super fast hedgehog from another planet, throws him onto Earth, and has him travel hundreds of miles in a car with James Marsden’s police officer, Tom Wachowski, simply because Sonic doesn’t know where San Francisco is, but what’s the point in that? Road comedies have a long and proud tradition and people in them get together for stupid reasons. Plus, there’s a scene at a roadhouse which is really funny and also insanely terrible in its logic and that makes it worth it. Sort of.

One could also rail against Jim Carrey as Dr. Ivo “Eggman” Robotnik, a super smart scientist/bad guy who works for the government and who, once called in to find Sonic, decides to use the hedgehog for his own nefarious plans. Yet, what would be the point in that complaint? Carrey’s return to shticky comedy has been too long coming and he’s really fun to watch here. Plenty of the jokes don’t land but his performance is just as animated as Sonic.

Speaking of the hedgehog, that’s a true bright spot here. Ben Schwartz brings the blue blur to life with his mile-a-minute patter (usually) about nothing at all. He gives this lonely hedgehog a heart and a reason for being. It feels like a role he was born to play and he’s perfect in it.

Good stuff aside, going back to the wholly equivocal, the producers of the film went out and got a really solid performing cast… and then decided not to use them. Michael Hogan appears in a blink-and-you’ll-miss-it scene (just long enough for someone in the audience to say, “wait is that Colonel Tigh?”) and has but a line or two. Neal McDonough is in one scene. Adam Pally is there for a little while. Tika Sumpter plays Tom’s wife, Maddie, but she disappears for much of the movie, returning just in time to be essential to the plot.

Outside of Sonic himself, the most interesting thing the movie has going for it feels like a perhaps unintentional bit. The whole story revolves around Sonic having left his home world when young (his super speed makes him a target for baddies all over the universe) and being told that if he was ever found anywhere else to just go to another planet (he does this via his famed gold rings). So, should he be spotted on Earth, the hedgehog’s plan is to hit up a mushroom planet which he wants nothing to do with. He hates the idea of the place. Now, while there is a Mushroom Hills level in the Sonic video game franchise, this mushroom planet is not that. What it actually feels like (not looks like, but feels like), intended or not, is a shot at Mario and the Mushroom Kingdom. It is as though Sonic (a Sega property) is lamenting the idea of having to end up with Mario (a Nintendo property). This has certainly happened in video games and with Sega no longer making consoles, it does a little feel like Sonic gets subsumed my Nintendo. In video games, the Mushroom Kingdom has won.

Is Sonic’s hatred of the mushroom planet in the movie a swipe at the character finding himself on various Nintendo gaming platforms since Sega dropped out of the hardware business? I don’t have a definitive answer, but it is the impression the movie offers.

So, should you go see “Sonic the Hedgehog?” Well, kids will love it. It’s bright and colorful. Sonic is great. They’re too young to remember Jim Carrey doing a better version of this stuff in “Ace Ventura: Pet Detective” and “The Mask” and “Dumb and Dumber” and movies of that sort, so he’ll be a revelation. The movie itself is almost too dumb to exist, but it gives that off in this completely innocuous way. All you can do is sigh at the stupid moments and wait for Schwartz’s Sonic to do something which Marsden’s Tom finds exasperating; and that is sure to happen no more than 10 seconds later.

Sure, you want better for everyone involved than what we get in “Sonic the Hedgehog,” but once the credits roll it’ll all feel like a big blue blur anyway and you’ll throw your hands up in defeat. Perhaps by default, Sonic wins.