Movie Review: “No Time to Die” 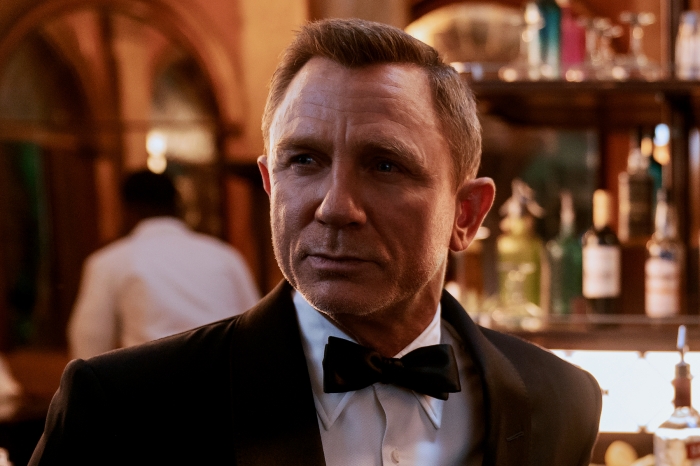 One of the most interesting aspects of Daniel Craig’s time as James Bond is the push-and-pull it has offered between the traditional and iconoclastic versions of the character. The delicate balancing act has not always been a successful one for Craig’s five films as 007, but when it has worked, as with “Casino Royale” and “Skyfall,” audiences have been treated to some of the best Bond movies ever made. “No Time to Die,” Craig’s final film as the MI6 spy, directed by Cary Joji Fukunaga, is not quite that good, with the balance turning into more of a deliberate, and overly in your face, mirroring than anything else. Even so, it is head and shoulders better than “Quantum of Solace” and “Spectre.”

At the outset of Craig’s final entry in the franchise, we find James Bond retired and happily married to Madeleine Swann (Léa Seydoux). We see them out for a drive on the coast and watch as Bond informs the latest one true love of his life, “we have all the time in the world.” Significantly, this is the same thing George Lazenby’s Bond tells Tracy (Diana Rigg) in the actor’s one and only outing, “On Her Majesty’s Secret Service.” That film ends only after we witness both their marriage and Tracy’s murder. If Craig’s Bond is saying that to his wife here in “No Time to Die,” the audience is immediately clued in that some bad things are going to happen for that relationship.

It is right here where we first see that push-and-pull in this movie. The sequence is entirely a reference to an earlier movie, but one where the whole thing has been flipped – Bond is married a the start of a film(!) and a love interest from an earlier movie has returned in the flesh rather than just as a memory(!).

And so “No Time to Die” continues for nearly two hours and forty-five minutes. SPECTRE is back, Blofeld (Christoph Waltz) is in jail, there’s a new 007 played by the fantastic Lashana Lynch, Felix Leiter (Jeffrey Wright) pops up for the first time since “Quantum of Solace,” we see portraits of more than one previous “M,” the villain’s secret lair is clearly a Ken Adam-inspired design. On and on it goes, hitting moments everyone expects while also going through ones that feel purposefully different, and at the center of it all is Craig’s James Bond, a man who was world weary even when he was still wet behind the ears.

With a screenplay from Neal Purvis & Robert Wade and Cary Joji Fukunaga and Phoebe Waller-Bridge, we get what might be Craig’s best performance and the summation of an argument that he, a man originally derided as “the Blonde Bond,” is actually the best of them all. We have repeatedly seen this version of the character leave (or threaten to leave) his job, but as the actor has aged, the character’s tiredness has become more palpable. We have been told before that the lifespan of Double-0 agents is short, but now we see exactly why – because when they live too long they break down, physically and emotionally. Bond’s retirement here, even if we know it will be short-lived, feels much more real than the one in “Skyfall.”

It will be a surprise to no one that Bond’s retirement and happiness end abruptly in “No Time to Die,” but Fukunaga and company still make the trip to unhappiness tense and upsetting for both those on screen and those in the audience. We may not know where we are headed by the time the opening credits end (the titular theme song, which stands head-and-shoulders above Sam Smith’s entry for “Spectre,” is performed by Billie Eilish), but we do know that this time, again, it is going to be personal.

The truth is that this last is a little much. More than any other Bond, Daniel Craig’s has been out for revenge. He is deeply scarred in “Casino Royale” and every subsequent movie has cut him just that much more. Returning to the well yet again for this movie may make sense on a story level for the individual film and may work for the overarching narrative of this version of the character, but one can’t quite escape the sense that it would have been nice if once, just once, producers Michael G. Wilson and Barbara Broccoli could have given us a stand alone adventure instead of insisting on this level of serialization. The fact that the emotional stakes here are not entirely fresh hurts the film.

One of the issues with the weight of Bond’s backstory is that, even in the longest Bond movie yet, it doesn’t leave enough time for us to explore the chief villain, Safin (Rami Malek). Too little is offered on who this man is, where he comes from, and just why he has chosen this path of villainy.

A different sort of push-and-pull is present here as while there is too little Safin, Malek, himself, is too much. His portrayal of the character veers too far into camp. Javier Bardem, just barely, made the affectations of his villain, Raoul Silva, work, but Malek can’t carry it off. Whether the movie needs more of the character in order for us to understand him or less of Malek’s accent and dialogue, or both of these things, is unclear.

It is Ana de Armas as Paloma who does the most of every second she gets on camera, making us pine for more of this newly minted CIA agent. The actress brings a level of humor to her scenes that the movie sometimes lacks when she is gone. It isn’t that Craig is immune to delivering a cheeky line every now and then, but De Armas gets away with a Roger Moore-era level of quips and faces that would be ill-suited for Craig’s character. She is, simply put, great.

The truth is that every cast member, save Malek, does a tremendous job as they come and go from Bond’s tale. David Dencik’s Valdo is something of a modern day Boris Grishenko, while Dali Benssalah’s Primo finally gives us a henchman to remember in a Craig movie (Dave Bautista is simply not present enough in “Spectre” to do it). Naomie Harris, Ben Whishaw, and Ralph Fiennes have all been outstanding in their previous Bond films as Moneypenny, Q, and M, respectively, and one can only hope that Craig’s departure does not mean theirs as well.

Cinematographer Linus Sandgren offers up plenty of low angle shots in the movie, giving us our hero (and others) at larger than life scale on a regular basis. Here again is the push-and-pull as at other times we see more and more of the cracks in Bond’s façade. The differences are used to great effect.

From the cars to the exotic locales to the clothes to the humanity ending plot, “No Time to Die” proffers exactly what the franchise does so well – this is a world of intrigue and villainy and at the same time one of beauty and wonder. It is the world of James Bond, and we always recognize the man at its center, even if the formulation of Craig’s version is new.

As it is so tied into the previous Bond adventure, one of the inescapable questions is what someone would make of this movie who hasn’t seen “Spectre,” or who has never experienced any of the previous 24 (canonical) movies. There is plenty here to enjoy, but does this James Bond truly provide a sense of what one can expect if they start looking at the others?

In terms of the references, be they subtle or overt, it most definitely does, whether that’s with a Delectado cigar or a bit of stolen art on the walls or an Aston Martin. In terms of Bond himself and the way his story plays out, that is more difficult to say. It is the right story for this Bond, but then is this Bond not all Bonds? One can hardly imagine a Sean Connery, Roger Moore, or Pierce Brosnan Bond tale playing out in quite this fashion. Once again, the push-and-pull is undeniable.

In the final summation, “No Time to Die” is an above average James Bond movie that sits right in the middle when ranking Craig’s tenure. It will keep people (fans in particular) talking for a long time to come. Craig has definitely put his mark on the franchise and, as stated above, has made a good case that his version of the character is the best we’ve gotten. That is no small feat considering just how far from the traditional entrapments of Bond (both character and franchise) he has regularly strayed.

Wherever the story may go from here and however difficult it will be to fill Craig’s shoes, it is still rather comforting to know, as the end titles always promise, James Bond will return.